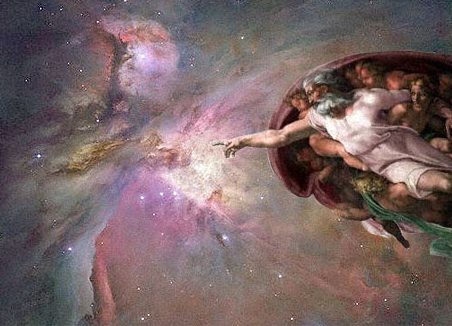 Deism is defined as belief in the existence of God based solely on rational thought without any reliance on organized religions or religious authority. Deism emphasizes the concept of natural theology (that is, God’s existence is revealed through nature). Since the 17th century and during the Age of Enlightenment (especially in 18th century England, France, and North America) some Western philosophers and theologians rejected the religious texts of the major religions and began to appeal only to truths they believed could be established through reason. The Diest movement is important to the founding of our country since some of our founders accepted this philosophy and rejected organized religion and the Christian Bible.

Deists believe in God and that God created the world. However, most do not believe that God interferes with his creation. God is there but has no interest in the affairs of the world or of its people.

Deism does not accept any religious text, such as the Holy Bible or the Koran. Deism rejects miraculous events, the Trinity, forgiveness of sins, salvation, and prayer. Of course, the Bible is filled with the miraculous, and is an account of God interacting with His creation. His dominion is everlasting, and humans are “clay” for him to form as he sees fit.

To the Deist, the ultimate act of “control” was when God supposedly took on human form in the person of Jesus Christ whose death and resurrection was to save man from sins of man’s own making.

Deist beliefs seem to answer the age-old question of “Why would God allow evil in the world that causes innocent people to suffer?” Their answer is that God has nothing to do with the world. He is an uninterested observer.

Deist thought appeals to those who want “logic” without emotion. The idea that God created the world and then left the people to be completely free from His interference explains everything to Deists. Men allow despots to seize absolute power and commit unspeakable atrocities such as the Holocaust. Then other men try to correct the situation by fighting wars that also cause unbelievable suffering and death, such as WW II. Deists believe God has no role in such worldly events.

The information in the previous paragraphs presents the “core” beliefs of Deists, but there are many Deists that have different beliefs. Most striking is that some believe that God does sometimes intervene in human affairs; however, most of those do not believe in “miraculous” events. Different Deist beliefs are well-documented, and their essays contain a multitude of complex Biblical and philosophical detail.

Deist thought has existed since ancient times but was first expressed in ancient Greece. However, Deism did not develop into a movement until after the scientific revolution which began in the mid-sixteenth century in England. Lord Herbert of Cherbury believed there are five Common Notions that unify all religious beliefs:

The peak of Deism was from 1696-1801 and Lord Herbert’s Common Notions were rejected by John Locke. Matthew Tindal penned Christianity as Old as the Creation in 1730. This became the center of Deist controversy and was called the “Deist Bible.” Tindal’s essays stated that Deist beliefs were based on experience and reason.

Deists believed that established religions were corruptions of man’s original religion that they saw as pure, natural, simple, and rational. This original religion was corrupted by priests who manipulated it for personal gain and power over laypeople. This implies that primitive societies should have had “natural” religious beliefs without superstition, but studies of ancient religions showed they were based on emotion and fear of the unknown.

Those Deists that were influenced by Newtonian science believed God had established natural laws, set the cosmos in motion, and then stepped away. They rejected the possibility of miracles. To believe God “tinkered” with His creation was insulting to them.

Some Deists believed in Divine Providence (God’s intervention in the Universe) and so had to accept the possibility of miracles. They believed God was all-powerful and could do as He pleased including temporarily suspending His own natural laws.

Further complicating the situation, Deists often cannot agree on who is and who is not a Deist. Case in point is David Hume, Scottish philosopher, historian, professor, and essayist. Was he a Deist, atheist, or something else? Hume rejected revelation and miracles; however, he contended that polytheism, not monotheism was the religion of early man. He declared that early man was a barbarian that feared the unknown, was superstitious, and worshipped many gods.

The thirteen colonies in North America were part of the vast British Empire and those Americans with enough education and leisure time participated in the intellectual life of the empire. The Americans that we know for sure were at least influenced by Deism include George Washington, Thomas Jefferson, Ethan Allen, Benjamin Franklin, Cornelius Harnett, Gouverneur Morris, Hugh Williamson, James Madison, Thomas Paine, and possibly Alexander Hamilton.

Deism was an important influence on Thomas Jefferson’s principles of religious freedom that are found in the First Amendment to the US Constitution. Jefferson referred to himself as a Unitarian, but his actions were mostly Deist. His excerpts of the canonical gospels (known as the Jefferson Bible) strip all supernatural and dogmatic references from the narrative of the life of Jesus. Like Franklin, he believed in God’s activity in human affairs.

In his autobiography, Benjamin Franklin wrote that when he was young, he read “some books against Deism.” However, he felt the strongest arguments supported Deism and he “soon became a thorough Deist.” At the Constitutional Convention he stated that “the longer I live, the more convincing proofs I see of this truth—that God governs in the affairs of men.”

Thomas Paine, noted for his contributions to the American Revolution also penned defenses of Deism and criticism of Abrahamic religions. He promoted Deism and argued against all institutionalized religions and against Christian doctrine in particular. Paine’s 1794 Age of Reason is short and readable. It is probably the only treatise on Deism that is still read and influential today.

The last major American contributor to Deism was Elihu Palmer who was a very unpopular Christian minister that spoke against the divinity of Jesus. Yellow fever had killed his young wife and blinded him, but he lectured and traveled widely. In 1801 Palmer wrote the “Bible of American Deism,” in his Principles of Nature. He also founded the “Deistical Society of New York” and other Deist societies from Maine to Georgia.

Although most Deist philosophy was generated in England, it also was being discussed on the European Continent, especially in France where there was a history of religious skepticism. Voltaire was the most famous French Deist. He had been exposed to Deism and Newtonian science during his 1726-1728 exile in England. When he returned to France, he exposed the aristocracy to Deist thought.

According to some, Deism had started a slow decline in the 1730s. The reasons for the decline included:

Although Deism did decline over the years, it did not disappear. During the nineteenth century, Deist rejection of revealed religion evolved into and contributed to British liberal theology and the rise of Unitarianism.

Modern Deist philosophers try to merge Deism with current ideas and science. This has produced a variety of personal beliefs under the broad classification of Deism, and many Deist subcategories.

Today, Deism as a movement has disappeared and most know nothing about it. A small number identify as Deist, but many have beliefs that closely resemble Deism. There are only a few theology philosophers that write about Deist ideas, but Deism impacts our personal moral codes more than we know.

Early philosophers took what some persons already believed, expanded on it, and called it Deism. They eventually developed the Deist Movement which had a 400-year run.

I know this article is somewhat disorganized. I found the subject to be confusing but interesting, and this is my attempt to explain it to myself. I read many more publications than I normally research, and most were complicated by obscure theological terms and references. I hope I have removed some of the confusion and shown how this movement even influenced our nation’s birth.